At the start of Term 3, Year 1 were introduced to the Children’s Book Week shortlist. Over the next few weeks we read, discussed and responded to the Early Childhood shortlist picture books. 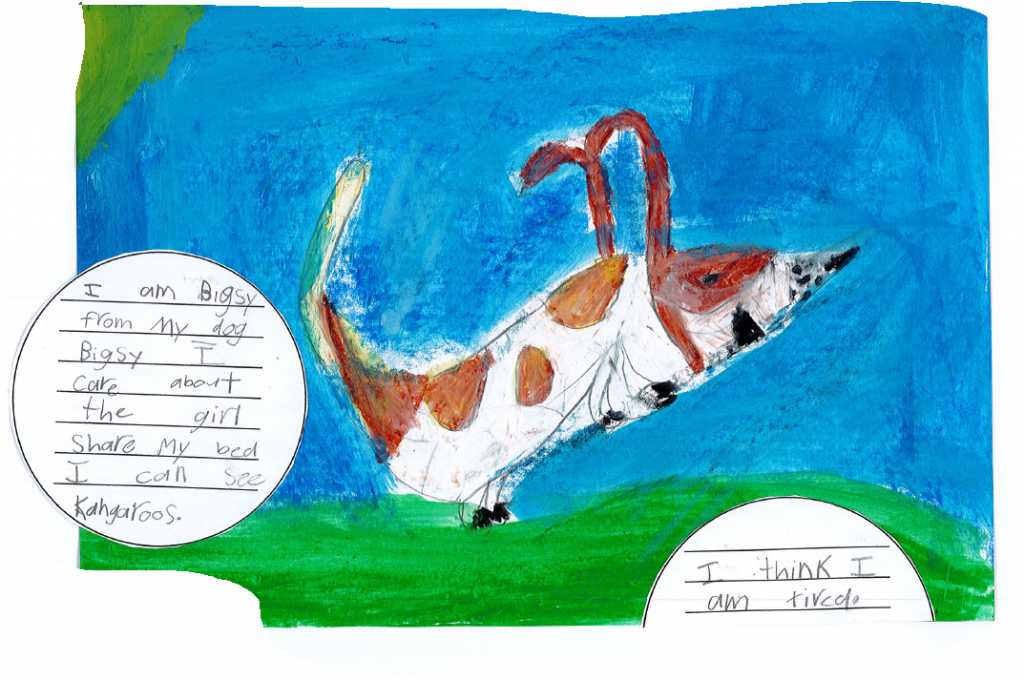 Year 1 Step Inside the Character sample

The books were housed in an old suitcase which created anticipation each lesson on what book would be the focus. The aim was to gather information about the main character following the ‘Step Inside’ Visible Thinking Routine what the main character Perceives, Knows about, Cares about. The questions after each book were as follows, as the children shared their responses, the ideas were recorded.

I was inspired by A Culture of Thinking as they have clear definitions and examples of different ages for using Thinking Routines.

END_OF_DOCUMENT_TOKEN_TO_BE_REPLACED

Four Kindergarten classes visit the Library each week, we share a story and the children have time to browse, borrow and enjoy the books. During Term 3 the classes were introduced to Children’s Book Week and the six Shortlist books.