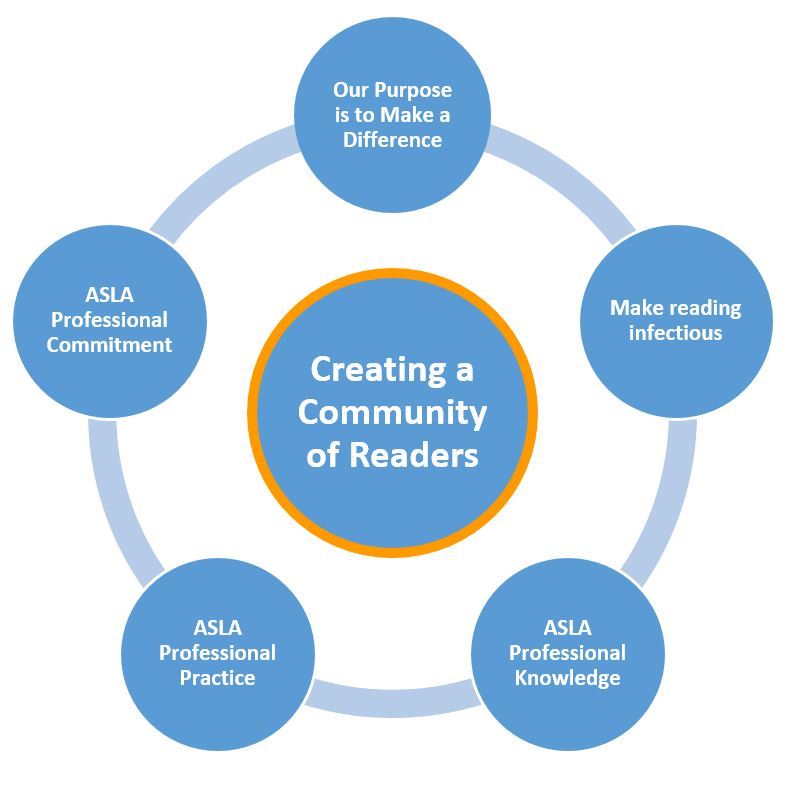 Creating a Community of Readers was a presentation at the Australian School Library Association (ASLA) Biennial Conference – Challenge to Change, 13-14 July 2017. Details of the presentation are provided in a previous Post.

The full article related to the presentation has been published in ACCESS the Journal of the School Library Association of Australia.

This video was created using an iMovie template. It features the Deputy Head Mr Krigstein engaged reading Peter Pan. It was played at the K-6 Book Week Assembly and was a huge success. A big thank you to Mr Krigstein for being so obliging.

The images are from the following books: